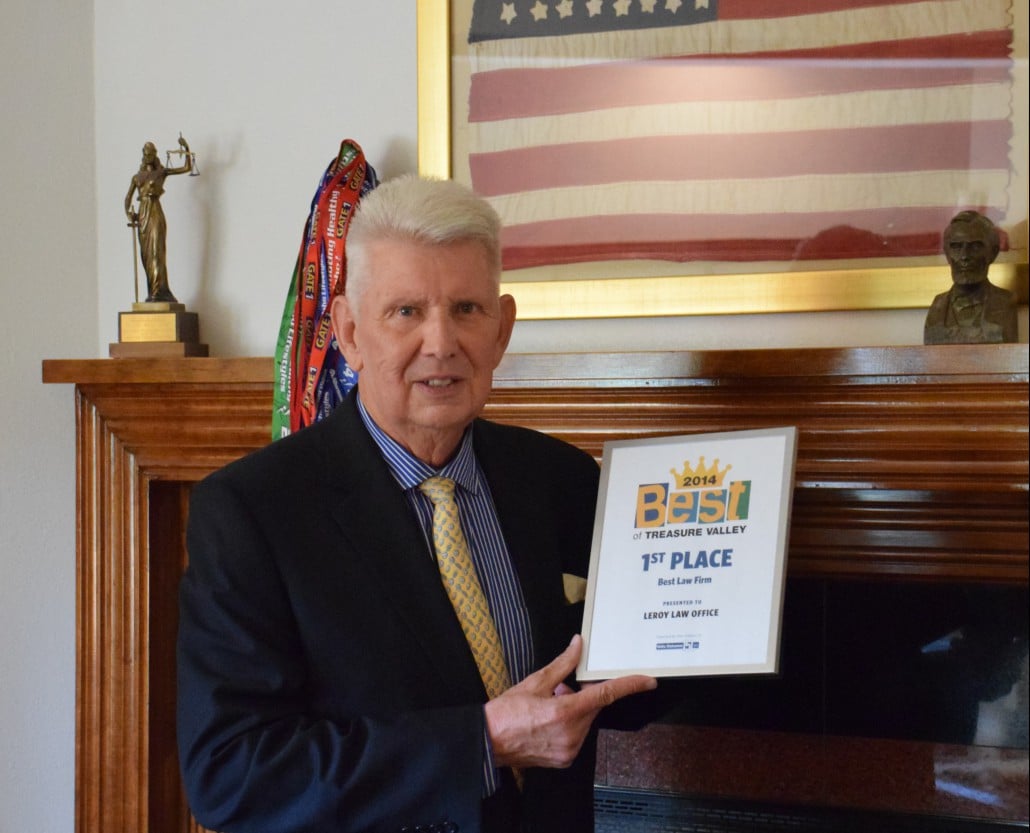 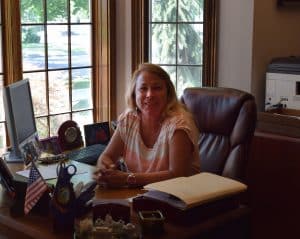 CHAIRMAN (2007-2013) Governors’ Council, United States Abraham Lincoln Bicentennial Commission, leading laison appointees from all 50 states in the planning and recognition of the 200th anniversary of the birth of the sixteenth President

Mrs. Davis has been with Leroy Law Offices for over two decades. As a trusted paralegal, her efforts coordinate all office functions, draft, final and file documents and interface with clients, other law offices and all court personal. Here too, experience counts.

CHAIRMAN (2003-2013) National Academics of Science Committee on Improving Practices For Regulating and Managing Low-Activity Radioactive Waste, conducting a three year international study with fifteen leading experts to produce a written report to Congress and the President FEDERAL AGENCY HEAD AND PRESIDENTIAL APPOINTEE (1990-1993), by President George H.W. Bush and confirmed by the Senate, August 1990, as the first United States Nuclear Waste Negotiator, a post created by Congress in the 1987 Nuclear Waste Policy Amendments Act, serving five months into the Clinton Administration

MEMBER, ELECTORAL COLLEGE (1992) Casting one of 538 ballots in the constitutional process of electing the President of the United States

INTERNATIONAL TELEVISION APPEARANCES (1979-present), in interview, panelist and speech formats for all major U.S. broadcast networks and CNN and for foreign networks in Europe and Asia

UNITED STATES NUCLEAR WASTE NEGOTIATOR (1990-1993) as a Presidential appointee and Senate confirmed federal official of Undersecretary rank accepted the challenge to create and then administer a new independent federal agency with the responsibility of designing a voluntary program, in interaction with the nation’s 50 state Governors and 565 federally recognized Indian tribes, to site temporary and permanent facilities for the storage of spent nuclear fuel utilizing extensive coordination and communication with the media, utilities, industry lobby groups, other federal agencies, national associations, Congress and the international nuclear community and its consultants

ACTING GOVERNOR OF IDAHO (More than 250 days), under constitutional provisions in the absence of the Governor from the State for periods of time varying from three hours to three weeks, assuming the full duties of the chief executive on matters including the appointment of legislators and county commissioners, meeting to negotiate with international trade and diplomatic representatives, and calling out the National Guard in a flooding emergency

REPUBLICAN CANDIDATE FOR GOVERNOR OF IDAHO (1985-1986), winning the
nomination without a contested primary for the first time in the 96-year history of the State’s
Republican Party when facing an open governor’s seat, and in a race which was nationally noted and ultimately became the closest governor’s campaign in the country, losing by .008 percent to a former Governor and presidential cabinet member

IDAHO LT. GOVERNOR (1983-1987), Presiding officer of the Idaho State Senate, acting as Governor of the State of Idaho upon the absence of the Governor, and assuming special duties as assigned by the Legislature and the Governor. Chairman of the Idaho District Export Council by appointment of the United States Secretary of Commerce to increase international trade. The special duties established by statute and executive order included: 1) assisting with the communication between the State and the Congressional Delegation, 2) serving on international and domestic political, cultural, trade, and civil missions, 3) serving as principal liaison for Idaho to the U.S. Department of Commerce, 4) serving as Vice-Chairman of the Idaho Centennial Commission, 5) serving as a member of the Executive Reorganization Committee, 6) assisting the Board of Corrections in finding solutions to the current overcrowding problems, and 7) assisting the Department of Parks and Recreation in resolving state park problems

IDAHO ATTORNEY GENERAL (1979-1983), serving as chief legal advisor to the State of Idaho, with its then 942,835 people and state government structure, including 12,242 employees and a total funds budget of $1 billion in 1982. Duties included prosecuting and defending all civil cases in which the State of Idaho or any state officer was a part; handling all criminal cases on appeal to the Supreme Court, and assisting local prosecuting attorneys upon request; enforcing Idaho’s consumer protection laws; giving advice and opinions; interpreting Idaho law to government officials as needed; serving on two constitutional policy-making boards, the land Board and the Board of Examiners, and on the Idaho Oil and Gas Commission; and appearing or arguing before the U.S. Supreme Court in the 1979 and 1980 terms in three major cases involving salmon and steelhead fishing, Carey Act reclamation and Idaho’s corporate takeover statute. While in office, authored and successfully lobbied Idaho’s nation-leading insanity defense elimination bill, the first of its kind to be passed into law in the United States

ADA COUNTY PROSECUTING ATTORNEY (1974-1978), two elected terms, serving as chief civil and criminal lawyer to Idaho’s most populous county with an annual case load in excess of 5,000 filings; sponsoring major legislation in criminal justice reform, including Idaho’s Fixed Sentencing statute and the 1977 Sentencing Criteria Bill; designing and implementing a major crime unit to identify and vigorously prosecute repeat felony offenders which increased the convicted-as-charged rate in burglary by 300 percent and in armed robbery by 500 percent while wining statewide acclaim; personally handling and achieving convictions in several major cases at trial

THE FUTURE OF AGRICULTURE IN THE ROCKY MOUNTAINS, (1980), The Institute of the American West, contributing author

“NEGOTIATE: A WAY OUT OF SITING DILEMMAS,” (1993), Forum for Applied Research and Public Policy, University of Tennessee

“LINCOLN AND IDAHO: A ROCKY MOUNTAIN LEGACY” (1998) Idaho Yesterdays, a publication of the Idaho Historical Society